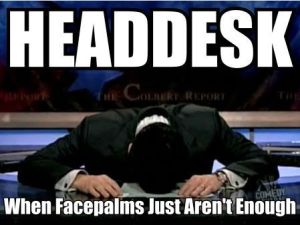 Post-mortem on the State of the Union address is our national Wednesday-in-January pastime. Since the President’s education comments were the unanticipated core of my classes this AM, I think I’ll try my hand at it. Here’s a few lines on sweeping changes that are coming for North Carolina teachers. They’re pretty vague – frustratingly so – but I don’t need a weatherman, etc.

For less than 1 percent of what our nation spends on education each year, we’ve convinced nearly every state in the country to raise their standards for teaching and learning — the first time that’s happened in a generation.

This of course refers to the Race to the Top program and the pittance (p. 36, here) that was required to supplant a tradition of local control of public education that has been in place since public education existed in our country with a national set of curriculum standards (I rarely sound like Rick Perry, but he was uncharacteristically articulate on this point, a little.) RTTT also ushers in an unquestioned acceptance of the value of individual teacher-level student outcome data being linked to decisions on teacher promotion and dismissal. This is not a common-sense conclusion, even if well-funded advocacy groups assert it as such in the public eye.

At a time when other countries are doubling down on education, tight budgets have forced states to lay off thousands of teachers. We know a good teacher can increase the lifetime income of a classroom by over $250,000. A great teacher can offer an escape from poverty to the child who dreams beyond his circumstance. Every person in this chamber can point to a teacher who changed the trajectory of their lives. Most teachers work tirelessly, with modest pay, sometimes digging into their own pocket for school supplies — just to make a difference.

That’s a textbook pathos gambit (teachers digging into pockets, working tirelessly), that also manages to reassert the idea that teachers, working alone, are responsible for a student’s success or failure (or earning power: he quotes a problematic claim, nicely discussed here). And if teachers are all that matters, look what we can NOT focus on in education: everything else, but especially socioeconomic disparity.

Teachers matter. So instead of bashing them, or defending the status quo, let’s offer schools a deal. Give them the resources to keep good teachers on the job, and reward the best ones. (Applause.) And in return, grant schools flexibility: to teach with creativity and passion; to stop teaching to the test; and to replace teachers who just aren’t helping kids learn. That’s a bargain worth making. (Applause.)

That is: let’s formalize the state-by-state rollback of the massively unpopular NCLB sanctions that are coming due (that’s the last guy’s plan, after all) in exchange for doing away with job security provisions for teachers that – it must be noted – were put in place in K-12 NOT to protect academic freedom but rather to ensure due process for a group of workers that was (and is) extremely vulnerable. And because it was cheaper to incentivize people to choose a teaching career by enshrining tenure than raising pay or improving working conditions, an assertion I do not have time to source precisely right now but I think is pretty clear.

And that’s the “deal” schools are being offered: to get off the NCLB hook, agree to Race to the Top-style innovations. The “flexibility” schools will be granted is the capacity to evaluate teachers based on student test data, predominantly, and the ability to use those data prominently in staffing decisions. That  is a low hurdle to clear in my non-unionized state: our RTTT commitments include to “fully implement the new NC teacher and principal evaluation processes statewide, with student achievement growth data used as a significant component in the balanced evaluation” (p. 10 here).

It is important to unpack the rhetoric and see what intentions and plans – already underway – it is hinting at, but not saying. Maybe that’s the point of SOTU: lots of words, not much clarity. But I think the dots connect easily enough.

I welcome other readings – anyone?

(Thanks to techimo.com for image. And nowhere to use this great brief history of how teachers came to be paid the way they are – but it’s fascinating.)